​Block 1 is the most visited section located along the sea coast, with coastal lagoons, mangroves, and thorny scrub jungle and secondary vegetation scattered inland. These separate blocks have separate names as well, such as Yala Ruhuna/west Park and Yala East Park. The other important fact about this wildlife sanctuary is that Yala hosts a diverse Eco system varying from monsoon forests to freshwater and marine wetlands.​
Yala national park is best known for its variety of wild animals while the population of leopards could be considered as the most interesting feature of the park. The Ruhuna/West Park consists of 125 species of birds, some migratory and 32 species of mammals with a large density of Leopards, as high as 35, though they are sometimes difficult to spot due to their nocturnal lifestyle, while the Kumana/East Yala Park consists of many water birds that roost and breed here. Further, a large herd of elephants also sustain here, adding immense value and attraction to the park.

​In addition to leopards, Yala provides shelter to many species of mammals including the threatened species such as the Sri Lankan Elephant, Sri Lankan Leopard, Sri Lankan Sloth Bear, and Wild Water Buffalo. The Golden Palm Civet, Red Slender Loris and Fishing Cat, Wild Boar, Spotted Deer are among other species of mammals that could be spotted during in Yala national park Jeep safari.
Book Yala jeep safari in Yala wild life sanctuary is the best way to explore the treasures of Sri Lanka wild life. In order to spot the Leopards, the ideal times are early morning between 06:00 – 08:00 and in late afternoon between 04:00 – 06:00, when they usually bask in the sun on the rocks. 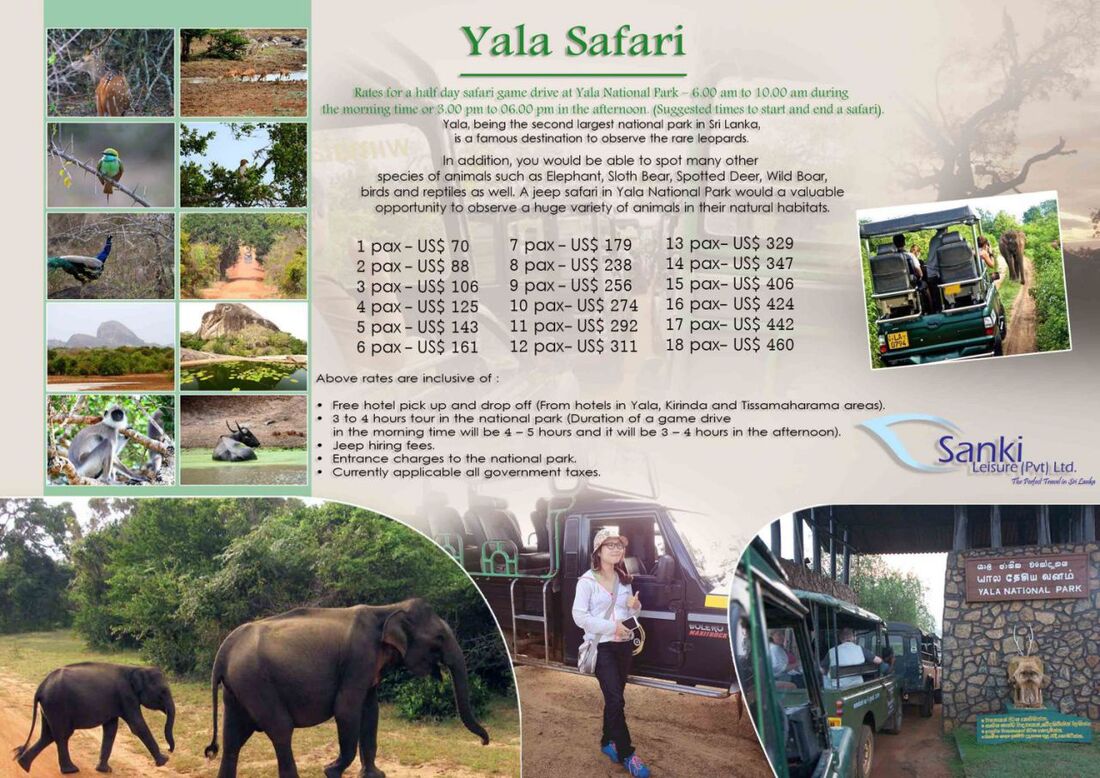 ​​Above rates are inclusive of:​
​
Tell me more about Yala Jeep safari